More speculative psychology. If that’s not your thing, you’re in the wrong part of the internet.

Here’s a bit I wrote up in a VP thread. I did a lot of blathering in that one and some other weirdos jumped in, so if you’re rushing to fill your crazy theory quota for the week, that’d be a good read.

I’ll be using the terminology for primary and secondary memories.

Ah, fuck it. I’m going to try explaining the neural network input-output thing. Much of this is primary experience, and some is speculation where I’m trying to explain why the subjective experience was the way it was.

This occurred to me after I tried marijuana a couple of months ago. I took a single “toke”, as they say, and thereafter spent several hours vividly hallucinating and vomiting from nausea. According to my babysitter this was abnormal- turns out people are different, who knew?

One effect was that visual images began to enter my mind’s eye as a series of pictures, rather than as a movie. It was like I was in a dark theater where the film projector had slowed down to about ten pictures per second. These pictures would drop downward, out of sight, except in cases where I would decide to remember them, in which case they would pass around and through me. In these cases, I temporarily acquired eidetic memory (I could recall the pictures and observe details that I hadn’t noticed in the moment), which was very interesting revelation on its own.

Whenever I collected myself either to speak or to make a conscious physical movement, this series of pictures briefly turned back into a movie in the normal way. (I could also make this happen without speaking, but it required a lot of energy.) From this I gathered that my mind was storing sense data in different ways, according to my emotional state at each moment. “Primary” images were stored in the eidetic sense, whereas most “secondary” images were merely a few semantic details with a few contextual details. When a primary image is recalled, the stored sense data is replayed in the mind as if it’s happening again. When a secondary image is recalled, the semantic details call on various primary images to place objects in the visual field, and then the contextual details are used to call up more primary images which are used to fill in the environment. This can be buggy, because maybe I only have a contextual image for how an environment looks when it’s daytime, and I know the memory happened at night, but I can’t call up how the environment looks at night.

Primary memories seem to be stored as configurations of gray matter representing the exact sense data as it impinged on the gray matter network in the first place. They tend to be more emotional, or else they wouldn’t get priority status. There are a lot of possible permutations for all possible sense data, and there are many possible permutations of active and inactive nodes in a neural network. So my eyes pass information to the network, and based on “priority” the network decides either to store the exact permutation, or to store a couple of cues for reconstruction of a secondary memory from pre-existing primary memories, or to ignore the memory entirely. Memories apparently can only be entirely forgotten at this first stage, like when you start daydreaming for more than 11 seconds and completely miss something. (This part is kind of like the buffer registers used to record keystrokes in a keyboard.)

1. A sense impression of a portion of the wall is stored as a primary memory.
2. Another sense impression of another portion of the wall is stored as a primary memory.
3. Via the “restless recombination machine”, the brain notes a similarity between 1 and 2.
4. A generalized brick pattern archetype is hypothesized by averaging 1 and 2. This is a secondary memory.
5. The eyes are directed to obtain a third sense impression from a place suggested by the hypothesized pattern.
6. The third sense impression is contrasted with the archetypal brick pattern to see whether the hypothesis is correct, and how much statistical deviation and noise to expect in the general pattern.
7. This is repeated a few times until the pattern is confirmed, including error bars to account for the expected amount of cracks, color differentiation, and so on in the brick pattern.
8. If one brick in particular is very different from the others, it is noted as an outlier of the archetype and stored as a primary memory.
9. A final, highly predictive archetype is created from a “best fit” combination of primary memories. If it helps, think of this as a regression problem, where primary memories (A, B, C…) are assigned weights (x, y, z…) where the archetype = (xA + yB + zC…)/n.
10. If possible, the other memories are trimmed to avoid redundancy (recall this trimming function is an important factor in general intelligence). Because we seem to retain memory stubs from trimmed memories, these can be recovered if need be.
11. Upon recall, the memory of the wall will be reconstructed from the secondary memory of the archetypal pattern.

The rates at which we complete each of the tasks will depend on personality characteristics. For instance, a more obsessive-compulsive person will spend more time confirming the pattern, or else they will feel greater anxiety about the low accuracy of their generalization.

As we age, “messy” patterns become more interesting than easy patterns because fewer details are worth noticing, especially when an archetype already exists for the pattern in question. So a child might be fascinated by this picture: 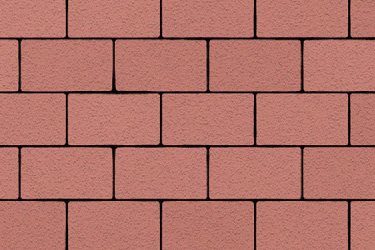 But an adult will probably find it boring and uninspiring, preferring to look at the first picture. It might help to think of this in terms of our music tastes as we mature. When we’re younger, we prefer simpler music which relies on only a few basic patterns of rhythm, melody, harmony, and structure. As we get older or listen to the same CD over and over, we begin to listen more often to the songs which have greater complexity and variation, like the first brick wall pictured above.