In my opinion, this is the easiest phrenology generalization that can be made about the pyramid structure of society. The O’Briens tend to look like this:

Credit goes to Polymath for creating the archetype, naming it, and creating this composite of faces.

The next level up is populated by the O’Briens of the world. These are the anxiety-free psychopaths. Sometimes they are self-aware, sometimes they aren’t, either way they are extremely useful for managing harems of neurotics (they are not unlike madames in this) and for doing the dirty work that is sometimes necessary when indirect influence will not serve, which they typically enjoy. Tinpot dictators of 3rd-world nations always fall into this category because if they are properly handled (that is, restrained from overindulgence in their favorite habits), they produce a culture of fear as naturally as breathing. This is where most human social hierarchies typically end, but even amateur psychologists understand that psychopaths are incapable of self-control. Thus, every psychopath who experiences long-term success- every slave recruited as a whip hand, every tinpot dictator, and every brothel day manager- needs a handler to keep them focused.

Phrenologically, this archetype is characterized by large eyeball size (which is also exaggerated by projection from the sockets), extremely wide spacing between the eyes, and wide faces in general. Physiognomically, they tend to be endomorphic and carry themselves like silverback gorillas (which they are, essentially). Because they are energetic and image-conscious they tend to be in decent shape in while they’re young, but after age 40 they invariably become fat because of the way they eat.

Their crania take many different shapes, so I’d hesitate to make any generalizations. However, I will say that no TMs have been spotted in the wild with big-eye melon faces—they have all had melon-backs of some variety or another. This is the archetypal “big man” style of Alpha male (both Voxian and Heartistean). They excel at interpersonal relations, and are masters of nonverbal communication like body language and vocal intonation. They tend to be boisterous to the point of being obnoxious, but this is a carefully calculated decision- they are quite capable of whispering, influence, and are fluent in powertalk, gametalk, etc.

Psychologically, this type seems to be specialized for community relations. They are extreme extraverts (as predicted by wide-spaced eyes)—energized by attention, shallow socializing, going places, and getting to know the important players in a community. They enjoy greasy food and music and the fawning attention of attractive women, all of which they are given for free on a daily basis by hordes of fans clamoring for an audience.

Big-eye melons are smart, like all melons, tending to cluster around the 135 IQ mark. Because of their nonverbal fluency, big-eye melons are a rare exception to the communication gap, which allows them to communicate with people below the 2 SD window (but not above). This is important because they spend a lot of time managing the emotions of degenerates within their domains.

What holds these men (and a few rare women) back is their high time preference and disinterest in anything other than socializing and managing people. Thus, they lack the focus or interest required for abstract or academic pursuits, and don’t spend much time reading. This is how the technocratic class keeps them in check with economics- big-eye melons would rather cut an informal deal with financial overlords and enjoy their fiefdoms than bother navigating the tedious rule systems designed by technocrats to obfuscate financial rent-seeking behavior.

However, they are devotees of talk radio and podcasts. 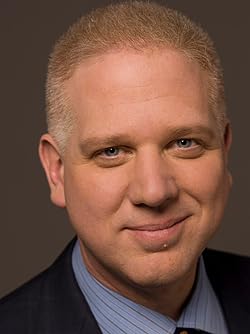 Big-eye melons are natural-born demagogues. If someone were to make a composite of talk radio hosts, it would look like the one Polymath made above. Because they are silverback demagogues, you see a lot of them ruling countries in Africa.

Now, like all human types they have the possibility of tending toward good or evil, and like all humans they trend evil. Evil is expressed in different ways by people with different phrenologies, so let’s have a look.

Big eyes indicate a high level of sympathy, or as Koanic calls it: “low core shielding”. Because of their melon-backs, big-eye melons also have high cognitive empathy and are extremely astute and attentive students of human behavior. Extreme wide-spacing of the eyes indicates that their ego is “other-focused”, which means that their self-concept is extraordinarily dependent on group opinion. There is no such thing as a person with wide-spaced eyes who thinks highly of himself while his tribe thinks little of him—rather, he mirrors their opinions. Thus, they are very tuned in to group opinion, trends, fads, hashtags, etc., if only to crack jokes about the ones they disagree with.

What this boils down to in the worst case is an extreme “people watcher” personality. If you’ve been reading here for a while, you know that the extreme manifestation of this trait is sadism.

Like all other personality traits, this tendency can either be restrained with conscious effort or given free rein to run to its logical extremes. The latter is often the case with tinpot dictators, because they have the excuse of needing to keep their subjects “in line” (i.e. afraid and docile). Usually big-eye melons in more civilized countries exercise restraint to stay within social norms, but they still enjoy flirting humorously with the outer edges of propriety. This is because humor is the low end of sadism and because edgy and subtly sadistic humor is the sort that appeals most to neurotypicals at all IQ levels.