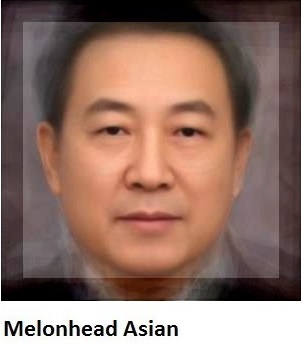 It doesn’t seem that these guys would follow the same personality patterns though (e.g. Alpha, not Sigma), except for the psychological bits deriving from the bulbhead like sensing the currents of fate.

John Ringo’s protagonist in the Paladin of Shadows series is a perfect representation of the white owl melon type, if you’re looking for more insight into their behavioral patterns.

Something particularly interesting is that Ghost’s ability to blend into his environment sounds strikingly like Ted Bundy’s similar ability:

Other significant obstacles for law enforcement were Bundy’s generic, essentially anonymous physical features,[278] and a curious chameleon-like ability to change his appearance almost at will.[279] Early on, police complained of the futility of showing his photograph to witnesses; he looked different in virtually every photo ever taken of him.[280] In person, “… his expression would so change his whole appearance that there were moments that you weren’t even sure you were looking at the same person”, said Stewart Hanson, Jr., the judge in the DaRonch trial. “He [was] really a changeling.”[281] Bundy was well aware of this unusual quality and he exploited it, using subtle modifications of facial hair or hairstyle to significantly alter his appearance as necessary.[282] He concealed his one distinctive identifying mark, a dark mole on his neck, with turtleneck shirts and sweaters.[283]

N only = 2, but still worth mentioning. I used to think that the series was completely unrealistic, but nowadays I’m less sure. I wouldn’t have believed in the sexual secret societies either.

Another example in fiction is Kratman’s Carrera, but the personality is much less fleshed out.