On the Alt-Right, part 1

Understanding the Alt-Right requires familiarity with several esoteric topics. My five previous posts on the subject can be found by searching for “alt right” in the sidebar widget.

The Alt-Right begins with the old right in America, represented by such exemplars as Henry Ford, Walt Disney, and John D. Rockefeller. Back in their heyday they had money, power, and influence which they spent immoderately on utopian ambitions like Fordlandia. They were the first serious proponents of global socialism and developed the science of marketing in order to spread it. They supported both Hitler and Lenin without reservation, both Nazism in Europe and Communism in Russia, because this was the first time the German philosophy of dialectic had been put to the test on such a large scale. Ordo ab chao was the game, and the only winning move is to induce chaos in the other guy’s backyard with “material dialectic” (i.e. politics, war, and existential struggle). It’s a category error to think that the Right has ever been idealistic or opposed to globalism, which is a mistake that confounds many people today trying to understand the Alt-Right. It is much easier to make predictions if you think of leftism and rightism as an identity politics struggle between Jews and Aryans, where the winner gets to preside over the socialist new world order and the loser gets crushed under the boot.

Hitler had his shot at the title but fell due to a combination of stimulant abuse and believing his own bullshit. The surviving Nazis fled to the Americas to regroup while Communist Jews took center stage in the eternal quest for imperial hubris and overreach. Their economy might have lasted a bit longer if intrinsic Jewish hatred of whites had not inspired an immediate genocide of the Russians. C’est la Sémite. And so, while Stalin was busy self-destructing national socialism had caught on in America and gave us that idyllic period of progress, social conformity, and consumerist discontent now known as the 1950s. Naturally, the wages of socialism began to take their course and within a decade or two what remained of conservative WASP American culture after the Civil War was squeezed out by Teutonic progressivism. As you are probably beginning to sense by now, the limiting factor in a fourth-generation propaganda war is the tendency of each side to drink heavily from their own Kool-Aid.

In the last fifty years, American wages have stagnated while women have achieved economic independence. At the same time, rural white communities have been devastated by globalism and the ruthless practice of identity politics by Jews, minorities, and liberal whites living in metropolitan coastal areas. As a result, there are many, many more white male sociosexual losers than there have ever been before. This devastation is born out statistically in the great white opioid epidemic and the drastic reduction in white male life expectancy, despite improvements in medicine and quality of life seen in other areas of the country. 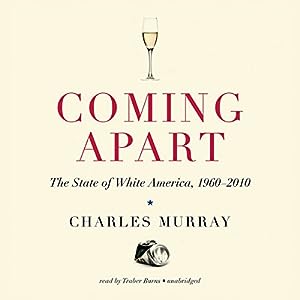 Among this demographic of white sociosexual losers was a small segment (about 1% of whites) with personality traits inherited from neanderthals: introversion, intellectual solipsism, altruism, slow maturation, asynchronous cognitive development, and a strong predisposition to fixations. Autism, in the vernacular sense. Most importantly, this segment of people operates under a different set of social instincts than “neurotypicals”, which often causes them to withdraw from social life and spend most of their free time on the internet, socializing with each other instead. Because the large demographic of white sociosexual losers will tend to have lower IQs than average, and autism is properly understood to be the brain-damaged form of Asperger’s (which is simply a recessive personality phenotype), many of the young white losers express autistic traits or even full-blown autism.

And so, internet culture was born.

43 Responses to On the Alt-Right, part 1