It unfortunately has nothing to do with Skyrim, except that it is also about men who become gods, but The Talos Principle is a great game in its own right. The story is an esoteric expression of the melonhead selection process with a Luciferian flavor, so I’d like to interpret this insofar as my understanding allows. The eponymous Talos principle is the idea that no matter what you believe or how much willpower you have, you will lose consciousness if you bleed out.

The Talos Principle is a narrative-based puzzle game,[1] played from a first- or third-person perspective.[2][3] The player takes the role of a robot with a seemingly human consciousness[4] as they explore a number of environments that include over 120 puzzles.[5][6]

Robots in art refer to the mind-body problem, and the nature of incorporation. See also: Evangelion, Big O, Ghost in the Shell (Metal Gear?).

The game mechanics function as the best engineering aptitude test I’ve ever seen, and I believe this was an intentional aesthetic and plot device. It’s like the block design IQ subtest with elements of visuospatial manipulation, nonverbal abstract reasoning, and even functional fixedness of tools (possible an associative horizon test?). In short, the mechanics simulate an IQ test.

The story itself follows a decidedly occult angle:

The unnamed protagonist—a robotic android—gains consciousness in a serene environment. A disembodied voice, identifying itself as Elohim, informs the robot that it has created several worlds that it should explore and collect the sigils hidden within various puzzles as part of a path to enlightenment. Soon, the android finds itself at a base of a gigantic tower that disappears in a dark cloud high above, and Elohim warns not to climb the tower.

“Elohim (Hebrew: אֱלֹהִים) is a grammatically plural noun for “gods” or “Deity” in Biblical Hebrew. In the modern it is often times referred to in the singular despite the -im ending that denotes plural masculine nouns in Hebrew.[1][2]” That is, elohim = “the gods”, with heavy emphasis on the logos aspect. Logos is represented by  the letter L = “El” = lambda, which takes the shape of a pyramid or mountain. 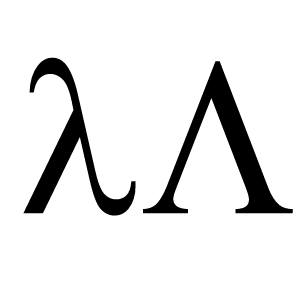 If you’ve been around here long enough you know this is the universal symbol for hierarchy and stratification. “The name of the LORD is a strong tower: the righteous runneth into it, and is safe.”

The player’s progress through the game is limited by doors or other security systems that require the collection of a number of specific sigil pieces. Once the sigils for a given door or system, they must then use the sigils to assemble a tiling puzzle to unlock that system.

An occipital is also required for ascension, apparently, to provide gestalt shifts to higher levels of consciousness.

3 Responses to The Talos Principle, part 1