do you think this is a prelude to the white roving rape gangs?

A US mum has written a Facebook post describing her shock at seeing her child’s avatar being “gang raped” by others in the online game Roblox.

Amber Petersen said her seven-year-old was playing the game, which is marketed at children, when she showed her the screen and asked what was happening.

Roblox said it had banned the player who carried out the action.

Ms Petersen said in her post that she felt “traumatised and violated on so many levels” following the experience.

The screenshots she shared included a representation of male genitalia.

“Parents/Caregivers… not only do I urge you to delete this app, I hope you will take another look at all of your devices and their security settings,” she wrote on Facebook.

Partly yes, in that the internet is society’s Shadow (in the Jungian sense). This is a subtle point so I’ll draw it out.

The Ego may be conceptualized as self-conception and the id may be conceptualized as revealed worldview (a preference revealed through behavior patterns is one form of belief statement). That’s why when you’re trying to flatter someone’s Ego you reinforce their self-identification (“You’re so smart!” and so on) and when you’re trying to produce confidence you reinforce memories of successes according to the revealed preferences of a person’s historical behavior (as in the Special Ops pep talk). The Shadow is the difference between self-conception and revealed preferences, represented in the mind as an “accuser” alter-ego. “Who knows what evil lurks in the hearts of men? The Shadow knows!”

So even though our society’s ideology is high-trust respeck for de wahmen, our revealed preference is low-trust pre-Christianity. Our revealed religion is ¡Science! and our revealed values are status and comfort, which is why the West threw out the baby (plumbing and electricity) with the bathwater (that terribly discomfiting old Book). All of paganism—both big-P Pagan metaphysical psychological projection and little-p pagan fetishistic superstition—may be summarized as worship of muh dik, and de way of men is de rape gangs.

Predicting trends is not difficult. All you have to do is look at where moral restrictions have been instituted or lifted, what the structural incentives are, and what a minority of people are already doing which has not yet caught on in the larger population. Therefore the real prelude is this:

Four illegals kidnap and rape two underaged sisters in Ohio, three are still on the run. Pics below, call the Bowling Green Police Division at 419-352-1131, Wood County CrimeStoppers at 1-800-54-CRIME, or a local law enforcement agency if you see them. 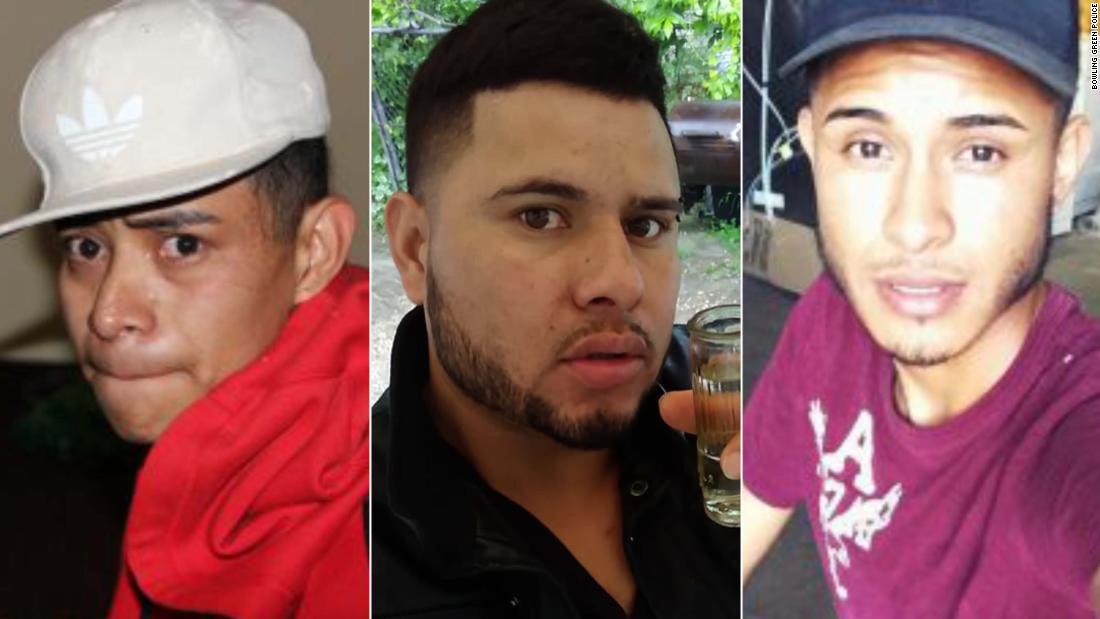 Now, you may be thinking white men (muh magic white ppl) will never stoop so low as these Aztec invaders, and I’d say “Why not?” The traditional arbiters of the high-trust European world were Christian charity and legal punishment—the former is long dead and even with the law being selectively enforced against white men its proscriptions are losing their reach as the social institutions which extend the arm of enforcement crumble and collapse. The incentives have also shifted: Now that Game has purged the survivor bias from Gen Z consciousness, the idea of stringing men along on vapors of hope for future pussy is out, so the winning strategy for these hopeless men has shifted from investment to short-term opportunism. ¡Science! preaches no restrictions on the use of force. If anything, evolutionary psychology suggests you ought to be murdering and raping people far more often!

This is why Heartiste is wrong here:

PS The 3 Male Archetypes meme above is also a useful shorthand for civilizational cycles:

CH
The Three Types of Men

I want you to imagine how Elliot Rodger would react to the rape gang story above in a culture where the sexual Gini coefficient is approaching 1 (we’ll call this the Gyne coefficient). Now imagine he’s about to go on his shooting spree and I approach him with the offer of joining my gang. “But to join, you have to rape this girl. Doesn’t matter who she is or what she’s done, that’s your initiation.” If he’s already decided to leave his world behind, what’s going to stop him from entering mine? Christian decency? Broward County Sheriff Scott Israel? I’m offering him everything he wants: revenge, attention, adventure, fraternity, and all the pussy he can grab. And the truth of female nature (rationalization hamsters hate this guy!) is that once you sell a few drugs and rape a few underage girls the wahmen start coming to you because they like a man with a healthy will-to-power who takes what he wants. And without even paying the kid, I’ve got another trigger-puller with perfect loyalty to my cause.

And that’s why successful groups have leaders who share the benefits of group success, even among barbarians. Even ISIS gets it, which is why it’s so black-pilling when our self-identifying thought leaders don’t. I’m starting to wonder if modern Alpha males are constitutionally incapable of understanding this, because Joe Rogan, Vox Day, and Heartiste are not dumb people. Is there an Alpha Hamster comparable to the observations that power corrupts and prosperity insulates the mind from reality?

At this point our only remaining hope is that this attitude comes from too much drug use, because then at least there will be a few Alphas left who, for one reason or another, have not ridden the dopamine train all the way to the end of the tracks like our pot-smoking MMA bro here. Hopefully it’s not a constitutional change of Freudian temperament which coincides with the over-riding individualistic selfishness of declining empires, because if that’s the case there truly is no hope for the survival of the West and I might as well hang up my keyboard and start smoking weed with the other dropouts.

But as long as there is even the most microscopic glimmer of hope left, you’ll see me trying to explain obvious concepts to idiots.