To make the threat more concrete for you, this is as if in the space of two years we suddenly began to see a shockingly high number of babies being born without genitals, say 30%, and this number were rising. There may or may not also be a massive demand for incest porn to match the supply, as the normal development of bonding in nuclear family breaks down entirely, because the statistics showing these phenomena suggest it is not merely propaganda pushed by evil pornographers. I believe it is clearly also propaganda pushed by depopulation advocates, and I believe this is obvious in light of the concomitant cultural push for its acceptance, but not merely propaganda. I’d compare its popularity to that of Game of Thrones—there is certainly more demand for it than we’d like, and at the same time some of the demand is marketing-driven for the purposes of social engineering. 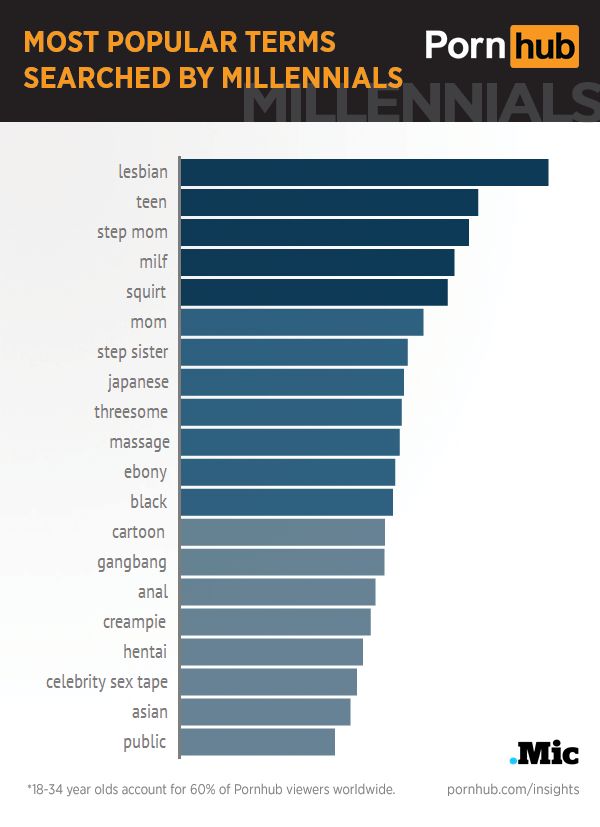 “To say it has increased in popularity 1000% would be an understatement,” Dillon said. “Once other studios saw the demand for this type of content they started to produce the family role-playing movies to meet demand.”

And who, exactly, is driving the demand for this content? Why, millennials, of course.

Given the near-universality of viewing incestuous sexual relationships as taboo, it seems unlikely that anyone would have an inherent predilection for simulated daddy-daughter intercourse. Yet the trend is clear: Millennials are into fauxcest.

I suspect this trend will rise sharply with Gen Z, as it would explain a lot of their oddly reclusive sociosexual behavior that I’ve witnessed personally and read about in iGen. If a person has not developed an interest in sex with semi-unrelated strangers, or if this interest developed and then was destroyed by consumption of taboo-breaking porn from pre-pubescence onward (an unfortunate statistical reality we will have to address with public policy someday), then it stands to reason they’ll have no interest in developing careers, social lives, or just plain leaving Mom’s house. Why pursue conditional love when you only have a mental category for unconditional love?

I may harp on this topic a few times in the coming weeks to get it to stick in your head, because it’s important and there are some subjects only an autistic person is allowed to talk about. (Or rather, we’re not allowed but nobody will bother to socially punish me for it.)